Mrs. Mary Barragan is the Executive Assistant to Mr. Reed Dulany III of Dulany Industries, Inc., a diversified industrial-based enterprise headquartered in Savannah, Georgia. She is a graduate of Armstrong State University, now the Savannah campus of Georgia Southern University, with a degree in Liberal Arts. Mary had a 25-year career in various medical administrative roles including Practice Manager and Administrator before accepting the Executive Assistant position at Dulany Industries in 2017. Mary enjoys gardening and long walks, yet her greatest joy comes from spending time with her family and helping her friends and coworkers.

JB Bulcao is an EA at AWO. She was nominated by the organization's CEO - a 1st in the history of the Eureka award! "JB masterfully managed not only the development of a new tracking mechanism, but also implemented a program for the entire staff to systemically meet to review our progress. Her leadership in reinventing our management system, and enthusiasm for keeping her colleagues engaged in the new process all year long, was a key component in our association achieving a banner year in 2018" said Thomas, CEO of AWO. 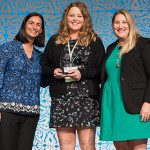 Stephanie Powley is an EA and Office Manager at Seer Interactive’s headquarters in Philadelphia but in their San Diego office remotely. She wanted to come up with a way to "be" in San Diego, without ACTUALLY being there. And so, she created "Steph Bot" using Zoom Rooms on a push cart – with a TV, laptop, and a tablet so that meetings can happen anywhere in the office. A simple idea, that allowed Stephanie to open the lines of communication, streamline office requests, and most importantly, build rapport. 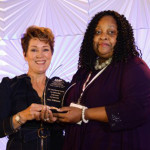 Many of the awards being distributed by the Defense Intelligence Agency were arriving well after the employee had already departed the agency, or months after their achievement. Stacy devised a solution that streamlined award distribution and lowered processing time from 90 days to just 30.

Department of Political Science at the University of Richmond 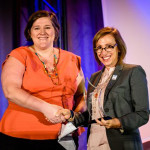 Using a web program her colleagues were already familiar with, Beth took an incredibly tedious and time-consuming process and simplified it via a fully cloud-based system on her own. Her initiative now allows the department's tenure and promotion portfolios to be accessed online from anywhere with an internet connection. 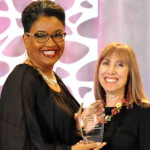 After finding a lack of time and opportunity for networking, training and communication for herself and her colleagues, April created the H.E.A.R.T. initiative. This program’s mission provides professional development, communication channels, networking opportunities, resources and coaching that will help all Administrative Support Professionals to excel, lead, and grow!

Leadership: From Aspirations to Reality

Building Resilience in the Face of Change